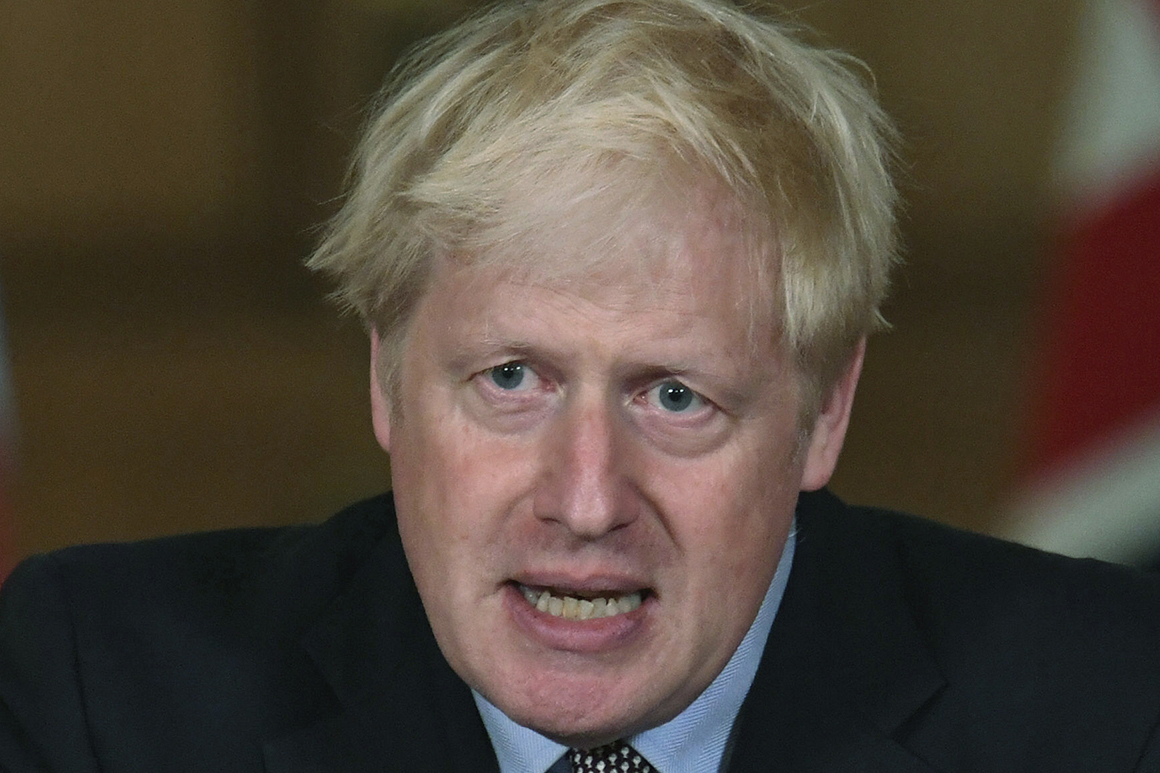 British Prime Minister Boris Johnson apologized for the murder of innocent Catholics by the British army half a century ago, but said his administration was still determined to “end the re-investigation cycle”.

Johnson’s remorse was expressed in a Downing Street statement he videoconferenced Wednesday with joint leaders of the Northern Irish government, Democratic Unionist Party leader Arlene Foster and Sinn Féin’s vice-president Michelle O’Neill . It was quickly branded as an “insult” by relatives of those killed.

His prepared statements followed a ruling by a Belfast judge that the 10 people who were fatally shot in Ballymurphy, West Belfast, in August 1971 were innocent and unarmed civilians, not armed men in the Irish Republican Army like the British authorities had branded for decades.

“The Prime Minister apologized wholeheartedly on behalf of the British Government for the events in Ballymurphy and the great fear that the protracted pursuit of truth caused the families of those killed,” the statement said.

However, the government is determined “to find a way forward in Northern Ireland that focuses on reconciliation, helps the victims of the problems and ends the cycle of re-investigation”.

While the government has not yet published its laws on the matter, Northern Irish parties have been told that Johnson plans to block further investigations into the 300 or so murders soldiers committed during a three-decade conflict in the UK region.

Johnson’s off-camera apology was a major departure from several predecessors who made a series of high-profile public statements as part of the Northern Ireland Peace Foundation declaring Britain’s responsibility for important injustices in Ireland. That includes Tony Blair’s 1997 letter of regret for Ireland’s mid-19th centuryth Century famine that killed one million people; and David Cameron’s condemnation of Bloody Sunday in 2010, when soldiers killed 13 unarmed protesters.

Neither Foster nor O’Neill acknowledged Johnson’s apology in their own post-meeting statements.

“I spoke to Boris Johnson and told him to apologize to the families of those killed by British forces in Ballymurphy,” O’Neill said in a tweet. “After 50 years of cover-up and lying, they have been confirmed and their innocence declared. Try to deny access to justice [are] reprehensible.”

Relatives of the Ballymurphy dead declined Johnson’s written apology and vowed to sue the Department of Defense for damages.

“This is not an apology to families. It’s an insult, ”said John Teggart, whose father was fatally hit by 14 bullets.

“His apology means nothing,” said Briege Voyle, whose mother died from a high-speed shot to the head. “We need the Department of Defense to tell the truth, to tell our legal team the names of the soldiers who murdered our loved ones and to ask them why.”

SHARE THIS ARTICLE :
breakingbreakingnewsnewpostnewstodaytrump
Newer PostThe CDC panel endorses the use of the Pfizer Covid-19 vaccine in young teenagers
Older PostOpinion | My beloved university town has a problem: it is too popular