Biden in Tulsa: “Great nations … can deal with their dark sides” 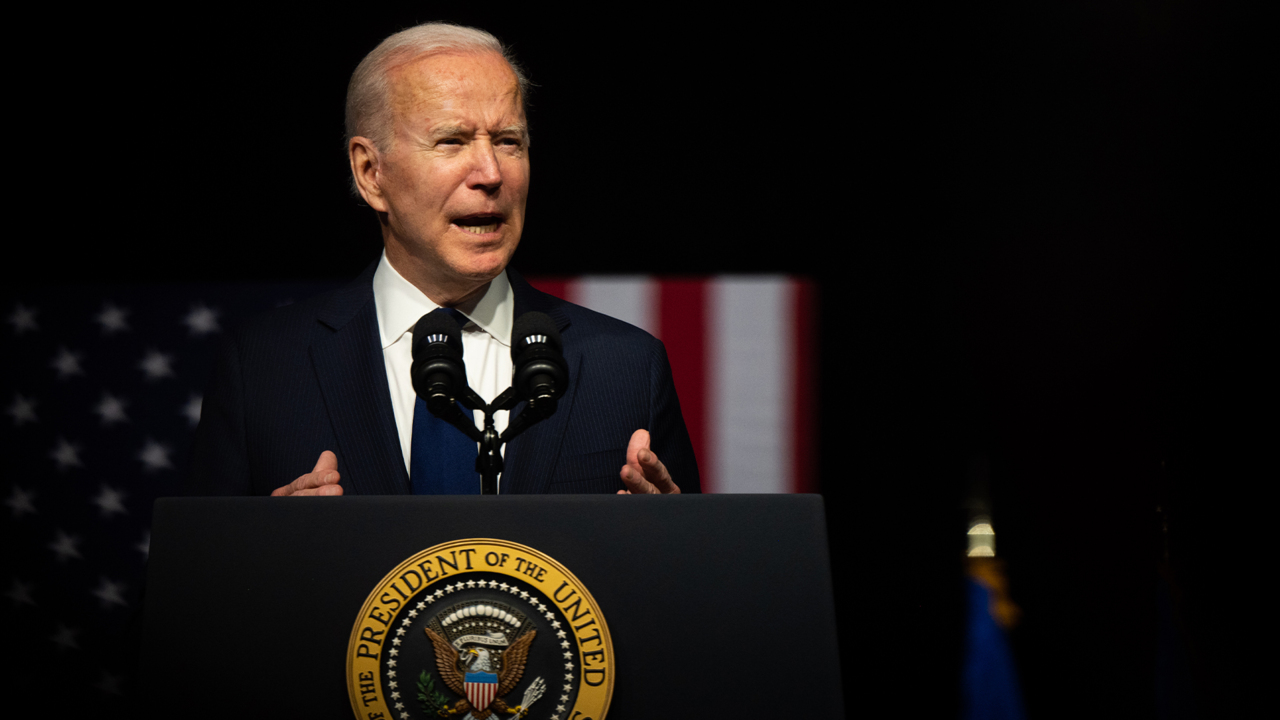 “May their souls rest in peace,” Biden said before bowing his head.

“My compatriots in America, there was no riot,” said the President, looking up at the crowd again. “That was a massacre”

On May 31st and June 1st, 1921, a white mob stormed Tulsa’s Greenwood District and went block by block in its deadly rampage. Another 10,000 Black Tulsans were left homeless as a result of the destruction and taken to internment camps monitored by the National Guard. Biden said he came on Tuesday to “shine a light” and make sure Americans know the full story.

“As I was told today, they were told, ‘Don’t mention that you’ve ever been to a camp or we’ll come and get you.’ That’s what the survivors told me. Still, no arrests of the mob were made, ”Biden said.

None of the survivors or their relatives were compensated for the losses. Insurance companies rejected most of the black victims’ claims. which were worth more than $ 27 million today.

Before speaking on Tuesday, Biden toured the Greenwood Center, where he viewed photos of the affluent neighborhood that was burned in flames. The president then met privately with the last three known survivors – ages 101-107 – who lived through the violent day rarely mentioned in history books.

Activists and survivors have pushed for redress and urged Biden to embrace the idea. however, there was no mention of payments in Tuesday’s speech. The White House said the president supported a study of reparations in Tulsa and more broadly, although he made no commitments to support the idea.

The national debate on racial injustice has heated up during the Biden presidency after a year of civil unrest sparked by the police murder of George Floyd last May. Biden, who has made racial justice a central theme of his presidency, is committed to combating systemic racism in the United States.

After Minneapolis Police Officer Derek Chauvin, who pressed his knee to Floyd’s neck for more than nine minutes, was found guilty of murder, Biden said in April that the country’s work on combating racism in America was far from over and that a guilty verdict is “not enough.”

“We can’t stop here,” Biden said on April 20, calling on Congress to act and pass the George Floyd Justice in Policing Act by May 25. That deadline was missed, but both parties in Congress have expressed optimism that they will be able to reach a compromise in the next few weeks.

The administration announced new measures on Tuesday to close the wealth gap between black and white Americans, with plans to expand home and small business ownership in communities of color and disadvantaged communities.

The White House said the government will also address racial discrimination in the housing market, where black-owned homes are valued less than comparable white-owned homes. New state regulations will also be introduced to combat housing discrimination.

The administration also wants to increase the proportion of federal contracts awarded to small, disadvantaged companies by 50 percent by 2026.

Biden also spoke about how his American job plan – which is still under debate in Congress – would help create jobs and fill the wealth gap for colored communities.

“We have to change the things that we know we can change,” said Biden.

Biden addressed the US vote for what he called an “unprecedented attack on our democracy”. He said constituencies must redouble their voter education and registration efforts while he announced plans to appoint Vice President Kamala Harris to lead the government.

Biden ended his speech optimistically about a new generation of young people who he believed were the “most educated,” “least prejudiced,” and “most open generation in American history.”

His final words paraphrased Seamus Heaney’s poem “The Cure at Troy,” which he said should be the call to America’s youth today.

“It is said that history teaches us not to hope on this side of the grave, but then once in a lifetime this longed-for tidal wave of justice rises and hope and history rhyme,” said Biden. “Let’s rhyme it.”