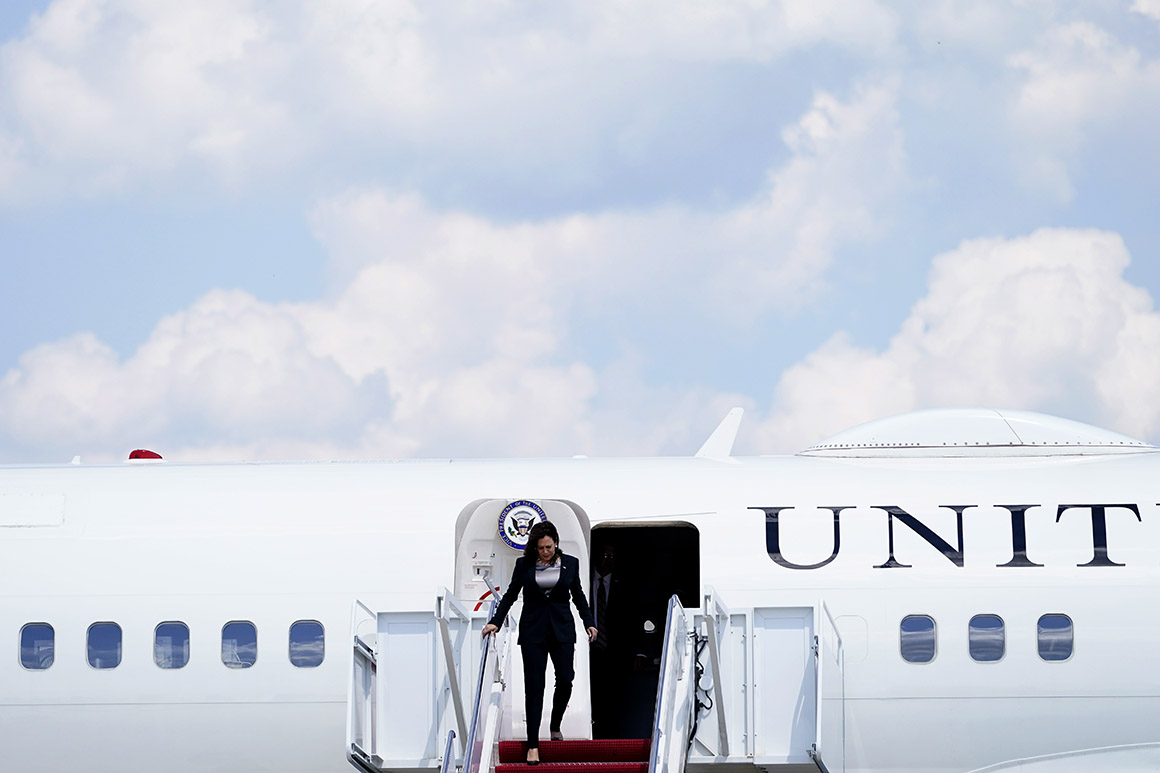 Chief spokesman Symone Sanders later confirmed there was a problem with the landing gear and said the flight crew had “noticed that the landing gear was not stored as intended, which could lead to further mechanical problems,” according to a pool report.

Air Force Two with Harris took off from Joint Base Andrews, Maryland, only to return shortly afterwards. Everyone got off the plane, then got on another plane, and then took off again.