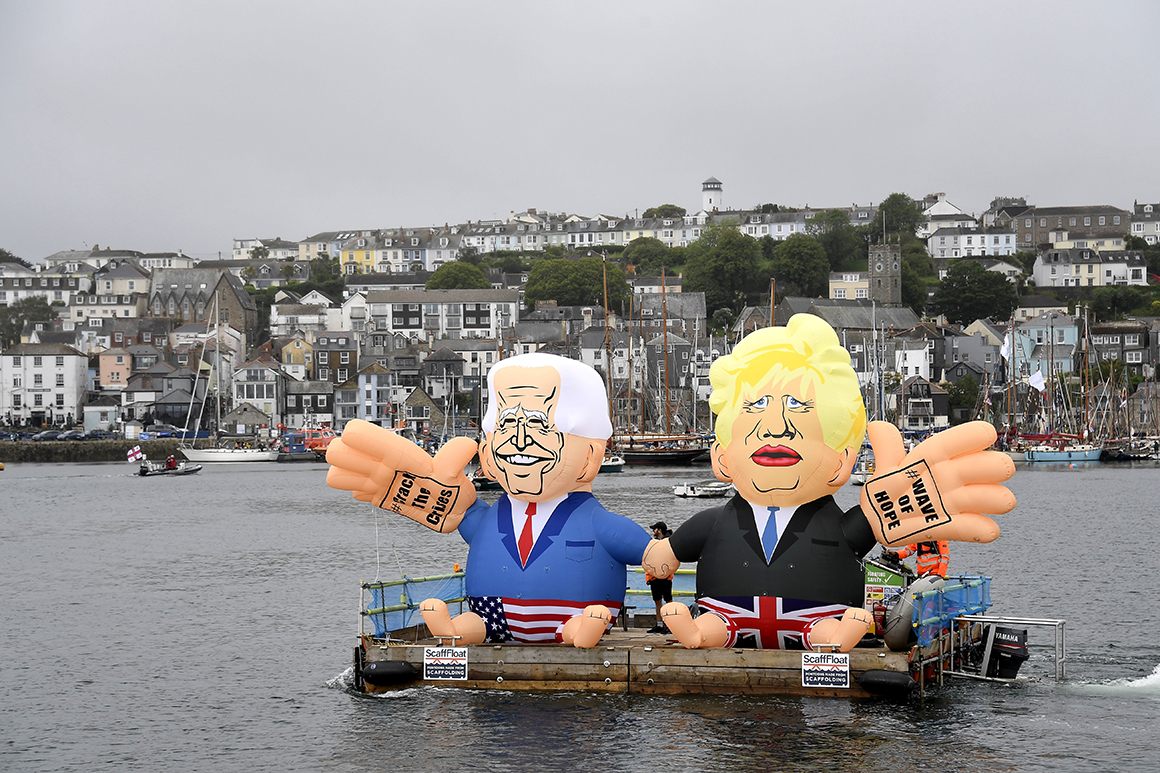 FALMOUTH, England – The G7 summit broadened cabinet divisions over how tough the UK should be on China.

Some of Britain’s most senior politicians believe it is imperative to develop closer trade ties with the superpower. However, others say the regime should be kept at a greater distance due to human rights abuses in China’s Xinjiang Province and Hong Kong, as well as Beijing’s decision to impose sanctions on some British MPs.

Last month, Boris Johnson invited the MPs in question to a solidarity photo opportunity in the 10 Downing Street garden and said he was “firmly with them.”

But one of the UK Prime Minister’s most senior advisors is pushing for a charm offensive with Chinese trade agents, particularly on investments. That prevailed on the prime minister’s approach to discussions with other leaders at the G7 summit in Cornwall, said an official and two senior Tory MPs. The final position on China will be one of the most scrutinized parts of the G7 communiqué, but behind the scenes Johnson is being dragged in two different directions.

The party’s China skeptics are concerned. “Nobody is suggesting that we cease all trade with China, but putting pressure on the cabinet to build those ties when evidence of genocide continues to emerge is the wrong move,” said a senior Conservative politician, referring to China’s treatment of the country The Uighur minority, referred to as genocide by the US, followed by the Dutch and British parliaments.

Dominic Raab, the foreign minister, and Liz Truss, the economics minister, advocate a more cautious approach to China than their cabinet colleagues. According to one official, Truss is keen to focus connections solely on non-strategic areas – that is, the least sensitive aspects of the trade.

While the government’s decline in China’s access to the UK’s telecommunications infrastructure has been interpreted as the beginning of a more aggressive approach, Johnson has previously described himself as “fervently sinophile” and some colleagues fear he has never really changed his mind.

An ex-minister said Johnson took a tougher stance on China to “pacify” the party – “he does it because he knows they will lose the votes”. [in parliament on relevant legislation]. “

This has made some ministers nervous that the opportunity to take a stronger stance on China’s economic aggression may be missed. One official said a cabinet minister was campaigning for a call for peace in the Taiwan Strait – a heavily monitored area in the South China Sea – to be mentioned in the final G7 communiqué.

The tense sea area was mentioned in a recent EU-Japan joint statement, provoking an angry reaction from China, which does not recognize Taiwan as an independent state and regards it as a domestic political issue. The G7 Foreign Ministers also urged Beijing not to escalate “tensions” in the East and South China Seas amid concerns over the open conflict with Taiwan.

Officials shortly before discussions in the economic department and the Foreign Office on Transparency in the Manufacturing of Goods Originating in China said efforts to make changes targeting human rights abuses had stalled ahead of the summit. They also pointed to a letter from the House of Commons business committee saying they were “deeply disappointed that the government’s response does not set clear timeframes and substantive action” on issues such as effectively auditing supply chains with links to China.