After BLM protests, the head of the British Department of Commerce urged employees to “recognize the white privilege” – POLITICO 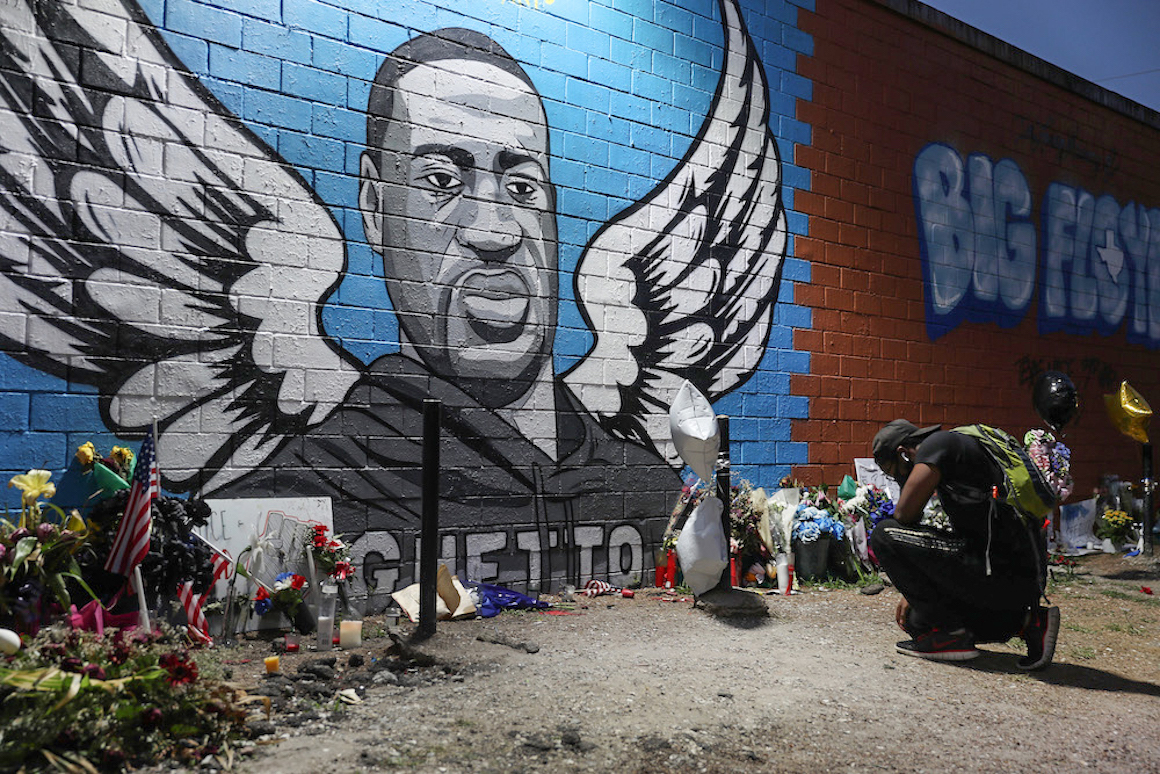 The Black Lives Matter protests, which swept Britain after the murder of George Floyd by a white Minneapolis police officer last May, sparked a soul-searching in the highest levels of the UK Department of Commerce.

In a series of internal memos, senior officials told staff the protesters were right. Taking to the streets, they said, shows frustration with “white privilege” and institutional racism in Britain.

But this message contradicts the policy of the minister’s top minister, Trade Minister Liz Truss, who also keeps the government’s gender equality policy short. Last December, Truss said she would oppose “identity politics and loud lobby groups” like Black Lives Matter. And the government’s response to the protests, a report by a commission chaired by Tony Sewell, downplayed the role of institutional racism and white privilege in British society. It concluded that while racism exists, the system is not being manipulated against ethnic minorities.

The problems raised by the demonstrators a year ago are back in the spotlight, however, when English footballers boos from some supporters at the Euro 2020, who went to their knees as an anti-racism gesture. Asked about it on Sunday at a press conference to mark the close of the G7 summit in Cornwall, Prime Minister Boris Johnson said “everyone should cheer England” but evaded the question of whether he would do the gesture himself.

Home Secretary Priti Patel told GB News on Monday that she did not support kneeling, describing it as “gesture politics”.

But at the top of Truss’s trade division last June, according to internal memos received by POLITICO through the Freedom of Information Act, officials recognized who have woven “systemic racism and white privilege” into British society.

Floyd’s death, the protests and the disproportionate impact of the COVID-19 pandemic on minority communities “show how much remains to be done to achieve real equality,” wrote Antonia Romeo, one of two top trade officials at the time. in a memo to staff dated June 3 last year.

John Alty, who took over the role of Romeo in January, also sent out a series of messages to the staff. Alty recognized “the role of ‘white silence’ in perpetuating institutional racism”. He urged staff to “recognize our white privilege” and “listen when black people talk about racism and racial inequality”.

Romeo also hosted a discussion on Black Lives Matter, open to everyone in the Department for International Trade (DIT), and urged staff to join the Black, Asian and Ethnic Minority Allies (BAME) group.

“People shouldn’t hesitate to share their experiences or fear potential backlash when discussing issues such as systemic racism and white privilege,” wrote a senior trade official and member of the African-Caribbean community in a guest blog post sent to the ministry was distributed for the employees of International Trade (DIT).

Lord Mark Sedwill, then Chief of Public Services, joined the trade officials. On June 6, 2020, he told the civil service official that the protests and the impact of the pandemic had surfaced “persistent and painful inequalities” in British society. Sedwill resigned last October.

“Despite the efforts we have made within the public service, this is an area where we are still falling short of our ambitions,” wrote Sedwill. “Discrimination can take many forms, it can be subtle or overt, and it takes a number of measures to challenge and uproot it,” he said. Sedwill said he will “ensure that ethnic minority perspectives are embedded in government policies” and that a diversity agenda is implemented across the public service.

The messages from top officials contradict the position of their chief Commerce Secretary Truss and that of the Johnson administration in general. Truss gave a speech last December called The New Fight For Fairness. “The gender equality debate,” she said, “has been dominated by those who believe that people are defined by their protected characteristics, not by their individual character”.

Instead of racial inequalities, Truss said, it would instead “focus heavily on eliminating geographic inequality and using evidence and data to address the real problems people face in their everyday lives.”

Techniques, she said, “like subconscious prejudice training, quotas and declarations of diversity do not help make the workplace fundamentally fairer.” The best way to reduce injustice in British society, she explained, “is by opening opportunities for all.” “.

This speech was followed in March by the publication of the Sewell report commissioned by Boris Johnson. The 256-page document reads: “Simply put, we are no longer seeing a UK where the system is deliberately manipulated against ethnic minorities,” the report said. “The barriers and differences exist, they are many and, ironically, very few are directly related to racism. “Racism” is all too often the collective declaration and can be accepted implicitly rather than explicitly examined. “

The question arose whether “the dominant feature of our society is institutional racism and white privileges”.

Simon Woolley, a life peer and founder of Operation Black Vote, an NGO working on racial inequality and voter registration, said he was concerned that by closing the debate, the government had missed an important opportunity.

Since last summer’s protests, “there has been some very intelligent and warm conversations in the civil service and in business,” he said, “that have tried to recognize systemic racism and especially how harmful it is, both inside and outside government . “

Facing a history of colonialism and racism, he said, could lead to “the greatest discussion our nation can have about how the past and the institutions built from those times still lead to great inequalities” in today Relation to jobs, housing and health.

“It’s disappointing and more than a little heartbreaking when high-ranking politicians refer to this as identity politics and loud lobby groups,” he said.

But others in Parliament disagree. Conservative MP John Hayes, chairman of the Common Sense Group, said officials who support the Black Lives Matter message “unfortunately come from a contactless, narrow-minded, bourgeois left elite who have held too much power in Britain for too long.”

“Finally the hard-working silent majority of patriots have spoken up, questioning these people’s misconceptions and putting them back in their place,” he added.

“It is certainly true that many whites and many blacks and many Asians are privileged,” he said, arguing that the real question is how to care for all people. “Unfortunately, that’s lost in many liberal establishments.”

“The public service is committed to the promotion and safeguarding of equality and the appreciation of diversity,” said a spokesman for the Ministry of Commerce. They indicated that both Romeo and Alty worked closely with Truss on the division’s equality, diversity, and inclusion framework.