Opinion | The Simple Cure For The Jan 6th Truth 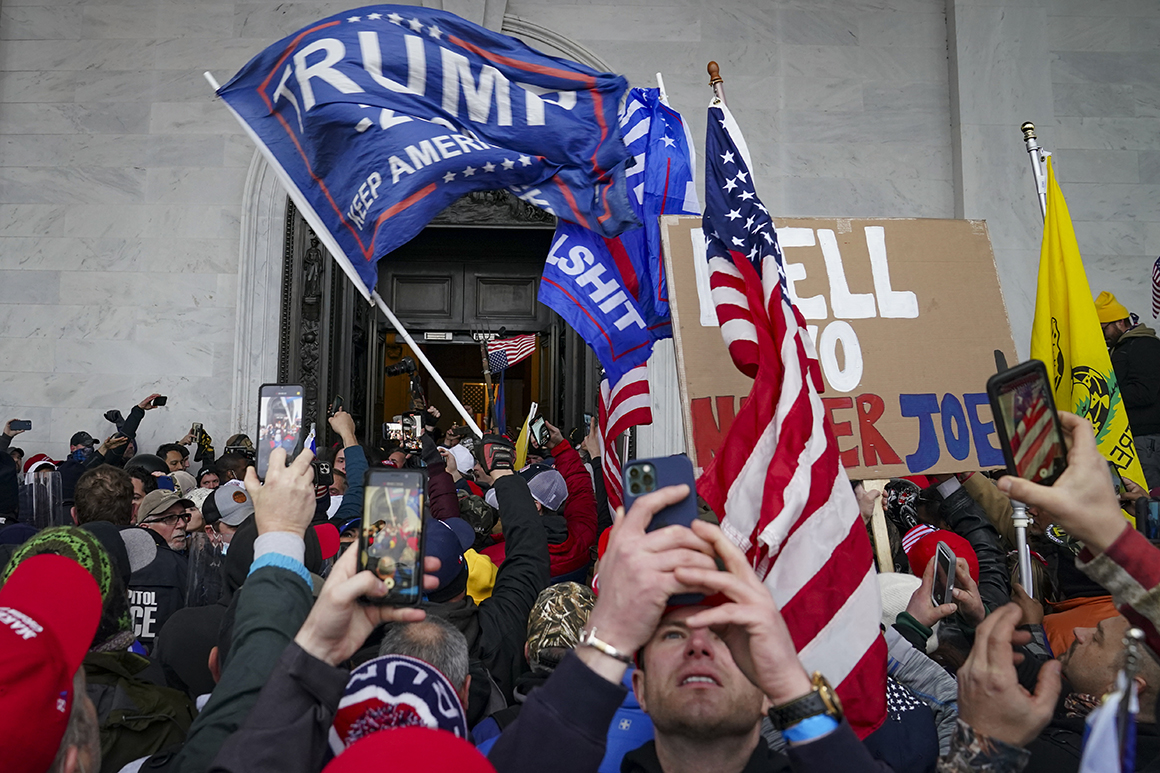 Oh, gawd, you have to mumble to yourself. No more groundless conspiracy to disarm! Didn’t we just spend seven months proving in courts and public opinion forums that there was no significant voter fraud in the presidential election? Now we have to prove that January 6th was not a contemporary COINTELPRO operation or the product of deep anarchists? How long do we have to suffer?

The short answer is “forever”. The human appetite for alternative and usually brain-wrenched explanations for why events blossomed the way they did can never be satisfied. Oh, you can fight a poisonous fruitcake ideology like QAnon to the point where it can be contained and sealed in a 55 gallon drum. You can fend off one crazy idea after another – Obama birth, Benghazi, Sandy Hook, Katrina dike breach, Bush’s prior knowledge of 9/11 – a new one will pop up to replace it like a target in an arcade. As long as the fear of an uncertain future persists, people will develop and share irrational and inconsistent theories. Some of these people will even be members of Congress. We just have to deal with them.

Journalists like MSNBC’s Chris Hayes, The Washington PostAaron Blake, Marshall Cohen of CNN and Christopher Mathias and Ryan J. Reilly of HuffPost did the right and necessary in providing a quick response this week to quell Carlson’s FBI allegation that an “unindicted co-conspirator” was in Am An FBI informant who helped plan the attack was charged on January 6th. It’s just not like that, wrote Cohen. The news article from which Carlson drew his conclusions was based on a flawed misunderstanding about how an unindicted co-conspirator is defined. “Federal agents acting as part of their duties are never considered unindicted co-conspirators because, by definition, they are not conspiring with the alleged villains,” said Ross Garber, law professor at Tulane University.

One unfortunate thing about these rebuttals is that they “amplify” the original Carlson junk, as some left-wing press critics might say. But how disastrous is that compared to leaving the Carlson chicane undisputed?

If anything, we should be grateful that the January 6th truthful began their theories as soon as they did, before the memories were obscured and people began the inevitable process of forgetting exactly what exactly had happened. The fact that the Truth Keepers are now active, while the Capitol is still showing its scars, and that we have easy access to the information needed to refute their theories, gives us a viable opportunity to push back the Gosar demagoguery and put things right. To quote a recent column by Thomas Frank, there is a liberal tendency to have a tantrum every time unauthorized voices outside of consensus say things that a moderator cannot suppress. Instead of banging our heads helplessly on our desks, we prefer to use the chance of Gosar and his Co. to form a better and more accurate portrait of the events of January 6th.

Take Gosar’s protest that we don’t know the name of the policeman who shot Babbitt. Surely he knows that the US Capitol Police work for Congress and that it is in their power to change the rules that would publicize the names of Babbitt’s shooters. Instead of informing the FBI director of the shooter’s identity, he should convince his colleagues to make the Capitol Police more transparent. If Team Gosar is really serious about wanting to know more about law enforcement behavior on Jan. 6, instead of asking questions that he obviously knows the real answers to, he should stumble upon a Congressional investigative committee that will shed all the secrets of the Would investigate insurrection. not just those who favor its interpretation.

As much as we might deny it, not every revisionist question is a misdirected missile aimed at the sacred heart of truth. Even bad faith actors can raise relevant questions. For example, the first reports of the cause of death of US Capitol Officer Brian Sicknick – that he was killed after a blunt violent trauma – were questioned in many places and later attributed to natural causes by the DC chief. If the Democrats are serious about a Congressional investigation into the insurrection, they must be ready to follow where the evidence leads, even if they do not flatter their current views. Why did the authorities fail to see the warning signs of the violent attack? Why were no forces mobilized to repel the attack? What role did Trump play in the passive response? Did the militias work together? Was there any internal coordination? How can we prevent a similar uprising in the future? And more. As Ryan Goodman and Andrew Weissmann write The Washington Post, the FBI did knows enough about the leading up to the crime, but failed to take action. There are greater truths to be discovered about January 6th, and we should take every opportunity to pursue them.

If Republicans are serious about revisionism, these issues should be high on their list of ills, rather than hazy fantasies that the January 6 insurrection was truly a harmless trip for winter tourists to the Capitol. Unless Republicans change their streaks – the chance to do so – we can never expect the current Congress to finally answer our questions. That leaves it to the press to separate the January 6th sense from nonsense wherever and whenever it comes up. It can be as dirty and hideous as emptying a septic tank one ounce at a time, but this is the life we ​​journalists have chosen. Ladies and gentlemen, use your teaspoons!

I had a neighbor who dumped his septic tank into 55 gallon barrels with a bucket. It fell into one of the full barrels while bobbing up and down the lid to close it. Send septic messages to [email protected]. My email notifications saw the January 6 riot on TV. My Twitter Food completely renounced the day. My RSS feed asks Congress to investigate.