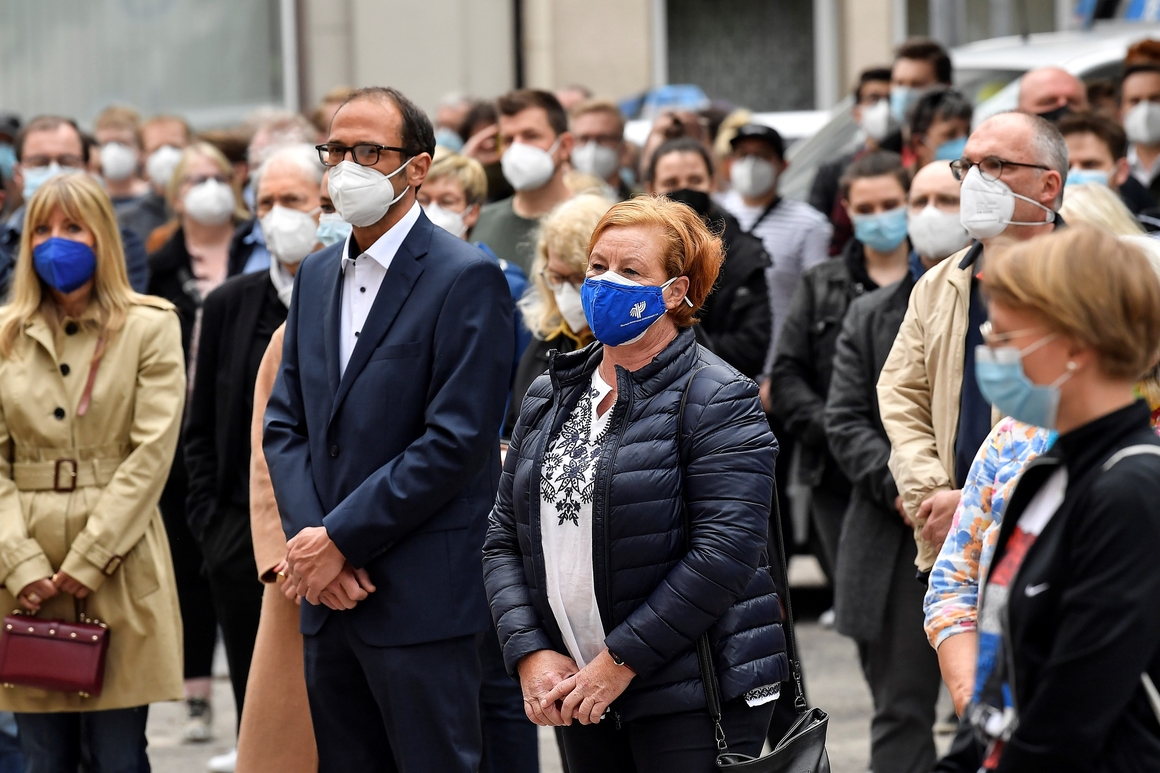 The parties in the German coalition government have agreed to ban the Hamas flag as a sign of respect for Jewish citizens following anti-Semitic attacks related to violence in the Middle East last month.

Germany witnessed attacks on synagogues, the burning of Israeli flags and an increase in anti-Semitic slander during demonstrations over a violent 11-day conflict between Israel and Hamas last month.

The flag ban was first proposed by the Christian Democratic Union (CDU) by Chancellor Angela Merkel. After initially voicing constitutional concerns, the center-left social democracy (SPD) joined in, according to a letter from Welt am Sonntag.

“We do not want the flags of terrorist organizations to be waved on German soil,” said Thorsten Frei, deputy parliamentary group spokesman for the CDU and its Bavarian sister party, the Christian Social Union, the newspaper reporter.

The Palestinian militant group Hamas is on the list of terrorist organizations in the European Union.

“I am very happy that the SPD has joined our initiative. In this way we can send a clear signal to our Jewish citizens, ”said Frei.