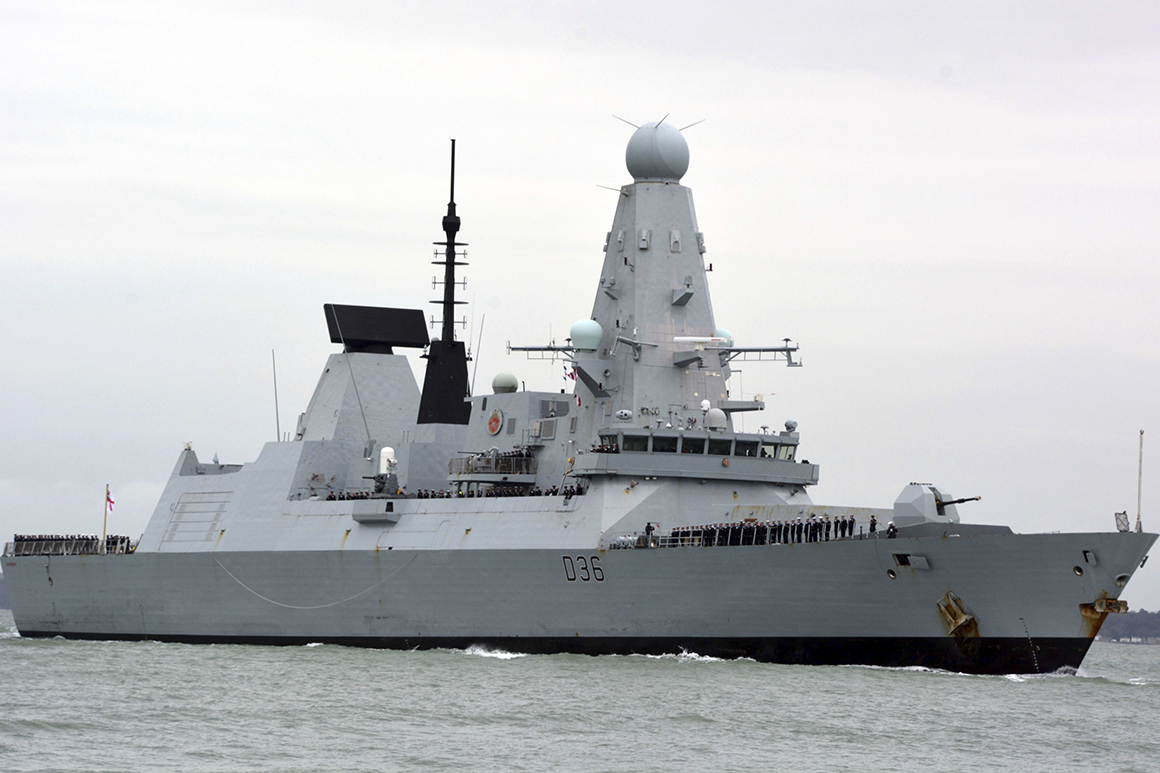 The Russian Defense Ministry said it had called the British military attaché to Moscow to protest the British destroyer’s maneuver.

The UK Ministry of Defense said it was aware of the reports but did not provide any immediate comment.

HMS Defender, a Type 45 destroyer, is part of the British Carrier Strike Group currently underway in the Indo-Pacific region. Earlier this month, however, it was announced that they would temporarily break away from the group in order to carry out their “own missions” in the Black Sea.

Russia annexed the Ukrainian peninsula of Crimea in 2014, a move that has not been recognized by most countries in the world, and gained access to the peninsula’s long Black Sea coast. Russia has often classified visits by NATO warships near Crimea as destabilizing.

NATO members Turkey, Romania and Bulgaria are all on the Black Sea, but warships from the US, Great Britain and other NATO allies have also made increasing visits there to support Ukraine.

The Chief of Staff of the Russian Armed Forces, General Valery Gerasimov, sharply criticized the stationing of NATO warships in Russian waters shortly before the incident.

“The steps taken by the US warships and its allies were clearly provocative,” Gerasimov said at an international security conference in Moscow organized by the Russian Defense Ministry. “That creates the conditions for incidents and does not help to reduce tensions in the military field.”

He alleged that the British destroyer Dragon broke into Russian waters near Crimea in October and that the US destroyer John McCain breached the Russian border in the Sea of ​​Japan in November.

In April, Russia imposed restrictions on the movement of foreign naval vessels near the Crimea until November, attracting heavy complaints from Ukraine and the West. Russia rejected this criticism, stating that the restrictions would not affect commercial shipping.

Earlier this year, Russia also reinforced its troops near the border with Ukraine and warned Ukrainian authorities not to use force to regain control of the east of the country, where a conflict with Russia-backed separatists has killed more than 14,000 people in seven years . Moscow has withdrawn some of its troops after extensive maneuvers, but Ukrainian officials say the majority have stayed.