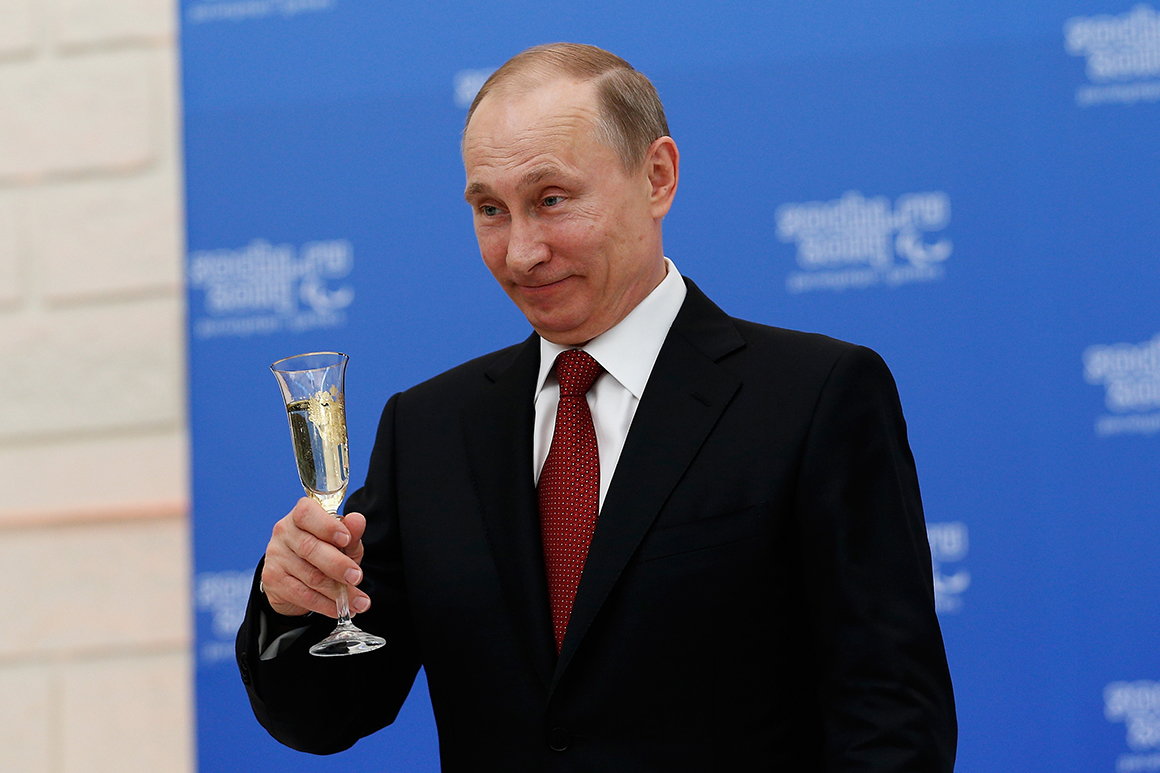 Given the geopolitical food wars, Vladimir Putin’s attack on French champagne could well be described as extra brut.

The Russian President signed a law on Friday banning foreign sparkling wine producers from using the term “champagne” – even those made in France’s famous wine-growing region, from which the name comes. Made in Russia only shampanskoe Wines can use the term.

The move was viewed as a major affront in France, which has strict rules protecting the name and reputation of its beloved sparkling wine, and on Monday the country’s main champagne industry called on all producers to suspend exports to Russia “until further notice”.

“The people of Champagne are calling on French and European diplomacy to try to change this unacceptable law,” said the statement by the Co-Presidents of the Champagne Committee, Maxime Toubart and Jean-Marie Barillère.

“Preventing the people of Champagne from using the name Champagne (in Cyrillic) is scandalous; it is our common heritage and the apple of our eye. ”

Moët Hennessy of LVMH, which includes brands such as Veuve Clicquot and Dom Pérignon, told POLITICO that the company will temporarily suspend shipments to Russia “to give us time to assess the impact of this new regulation”.

French media have suggested that Moscow’s move could be part of its efforts that shampanskoe Sparkling wine industry in its Soviet home of Crimea, which Russia annexed from Ukraine in 2014, in line with similar measures that benefited domestic producers: Moscow banned the import of European cheese and other products in response to the Western sanctions imposed on the Ukraine. Conflict that ultimately gave Russian cheese producers a big boost.

Moscow’s move to meet one of Europe’s most coveted sectors also comes at a tense time for EU-Russia relations, shortly after the European Council rejected a proposal by France and Germany for a summit with Putin and instead set tough terms for warming the country had imposed diplomatic relations.

Putin’s spokesman, Dmitry Peskov, told reporters on Monday that the sparkling wine industry was “a difficult industry, there is no easy money here,” suggesting Russia’s desire to protect its domestic wine producers. “The law has been passed, it must be implemented.”

Barillère said he was “very surprised that Russia can make such a decision” and the committee asked French Foreign Minister Jean-Yves Le Drian to intervene.

The French embassy in Moscow declined to comment, but the country’s subordinate trade minister, Franck Riester, tweeted that Paris is “closely watching” the effects of Russian law.

“There is no doubt: we will definitely support our producers and French excellence. Long live French champagne! ”Riester wrote.

A European Commission spokesman told reporters on Monday that the EU executive would “do whatever it takes to express our disagreements and concerns” about Russian legislation.

“We will do whatever is necessary to protect our rights and take the necessary steps,” added the spokesman, not taking any concrete steps that Brussels could take.